Doug Ducker has stepped down as Managing Director (CEO), after 15 years in the top role and 45 years in the business. Mr Ducker joined Pan Pac in December 1974 and, excluding a brief period working in Sydney in 1984, has been with the company ever since.

Looking back over his time with Pan Pac, Mr Ducker said he had seen tremendous change in the company over the past 45 years.

“I have been fortunate to work with excellent people from our staff through to our suppliers, contractors, shareholders, iwi and the wider community,” said Mr Ducker. “The time now feels right to pass on my corporate responsibilities and to explore new projects involving family and friends.”

Tony Clifford, existing General Manager – Pulp, has been appointed Managing Director effective 1 February. Mr Clifford has been with Pan Pac for 27 years. Initially employed as an electrical engineer, he has held technical and managerial roles within the company and has been a member of the executive management group for 15 years. Mr Clifford has overseen a $70m upgrade of the pulpmill and the development of markets for BCTMP (pulp) into Asia and beyond.

Pan Pac retains tree ownership for around 35,000Ha and supports the harvest and utilisation of over 1.5 million tonnes of logs. Pan Pac operates one of New Zealand’s largest sawmills at Whirinaki, with a lumber output of around 500,000 m3/a. The company exports lumber to 17 countries. In 2016, Pan Pac established a second sawmill in Milton, Otago, that currently produces 100,000m3/a. Pan Pac’s pulpmill produces 270,00adt/a which is exported to global board and paper manufacturers. The company employs over 420 permanent staff and around 450 full-time contractors. 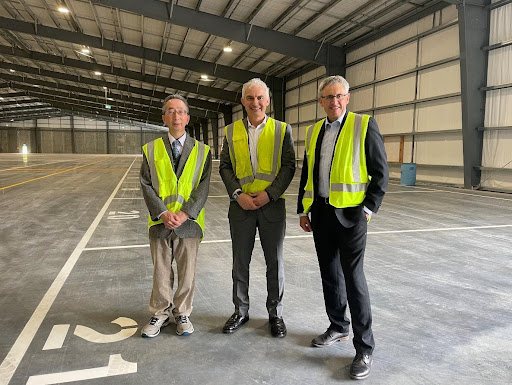